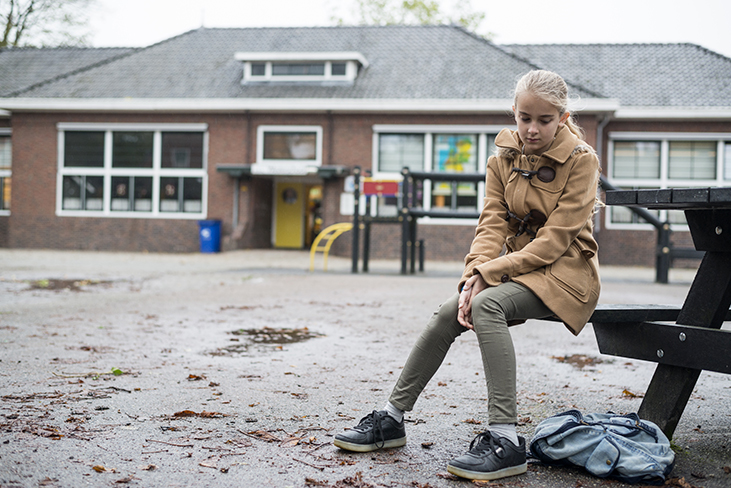 Safeguarding training can teach you the most common signs of abuse and neglect as well as the various different forms of abuse that you need to be aware of in our society. Even if you don’t work with vulnerable people or children, it is still useful to know these signs because anyone can be a victim of abuse at any point in their lives.

Below, we’ve listed 10 common signs of abuse and neglect that you should pay attention to, but always bear in mind that these are just some of the many indicators that a person might be at risk.

One of the most common indicators that a child or vulnerable adult is being neglected is that they are consistently wearing dirty, scruffy, or otherwise unsuitable clothing. This can mean anything from clothing that has holes in, to clothes that don’t fit.

Similarly, if an individual is consistently unhygienic, this is also an indicator that their basic needs are being neglected. Smelling badly, having rashes or other skin conditions that might indicate poor hygiene, and having consistently unwashed or matted hair could all be signs of neglect.

A non-accidental injury site is an area of the body that would not normally be affected by an accidental injury, such as the tops of the arms or the neck. It’s common to fall off a bike and graze a knee for example, but if you notice bruising around the tops of an individual’s arms and they can’t give a reasonable explanation for why they have such marks, this could be a cause for concern.

You should be especially concerned if an individual has gone to lengths to avoid any marks, bruises, cuts, burns, or scratches from being noticed, or if their explanation does not seem consistent with the injury.

Some people are naturally shy and display symptoms of anxiety around strangers, but you should pay close attention to any uncharacteristic displays of anxiety or shyness. This is especially true if an individual acts shy or anxious around someone they know, or someone they have previously had a normal relationship with.

Some of the signs of anxiety might include choosing not to speak or not being able to speak, acting restless, refusing to share personal information in the presence of other people, or showing extreme apprehension to be around certain individuals.

It isn’t normal for people to act aggressive without good reason, especially not in public places or if such behaviour is uncharacteristic of them. Unexplainable or unnecessary outbursts of aggression, whether this involves shouting and screaming or violence and rage, should be treated as a cause for concern.

We all get different mood swings within reason, but if you notice sudden, unexplainable changes in a person’s behaviour and they do not want to give a reason why, or if they simply refuse to acknowledge any change in their attitude, this could point to a cause for concern.

This might involve a child who is normally quiet and well-behaved suddenly becoming loud, disobedient, and attention-seeking, or vice versa.

Having a knowledge of inappropriate topics

While it isn’t uncommon for children to know about sex and inappropriate adult topics, it is unusual for them to have an in-depth knowledge of such topics. This is especially the case if it seems as though the child is talking from personal or eye-witness experience.

Likewise, even for adults, there are some topics that are inappropriate, so if an individual starts to display an in-depth knowledge in support of radical or extremist views and beliefs, this could also be a sign of a safeguarding concern.

In adults and children of all ages, it is not appropriate to display overtly sexual behaviour. This is especially true if individuals are trying to coerce other people into joining in with their behaviours, not appearing to realise the issue with their behaviour, or refusing to stop when they are asked to.

Many of us have insecurities about certain parts of our bodies, but some individuals might not feel comfortable exposing any part of their body or might have issues with a certain feature of their body, due to low self-esteem from emotional abuse, or insecurity stemming from physical or sexual abuse.

Similarly, hiding one area of the body consistently could be an attempt to conceal any injuries or scars related to abuse that an individual does not want anyone to ask questions about.

Having a poor relationship with family members

Family relationships can sometimes be strained for a variety of reasons, but you should pay close attention to those who have consistently bad relationships with their family members. Children who do not seem to have a bond with their parents should be a particular cause for concern.

Similarly, take note of individuals who always have a negative outlook on otherwise normal situations and continually place blame on one member of their family even though it might be clear to you that both parties are to blame, or that the accused person is innocent.

Family relationships can be tenuous things, but if you suspect the issue runs deeper than a single bad argument, this could be a sign of an abusive relationship.

Depression and withdrawal, not enjoying activities

We all get low moods sometimes, but it is not common for individuals to be depressed without a reason. For example, if a loved one dies and we are experiencing grief, this is a reason to justify why we might be feeling depressed.

However, if an individual seems consistently depressed and withdrawn, or if they stop enjoying activities they used to, this could indicate a number of different problems at home, and abuse should never be ruled out as one of these issues.

A verifiable safeguarding course can teach you all of the most common signs and indicators of abuse and neglect, including how to respond to concerns and the correct processes for reporting your safeguarding worries.

Scroll To Top
We use cookies to ensure that we give you the best experience on our website. If you continue to use this site, we will assume that you are happy with it.OKPrivacy policy