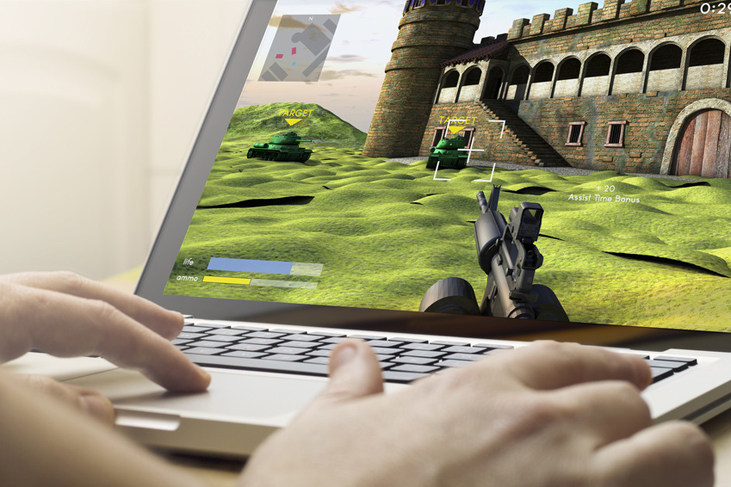 In 2014, a three-year study using 3,000 children aged between 8 and 17 found that violent games and gameplay can induce lasting changes in how a child views violence and can influence their aggressive behaviour.

This study appears to propose that violent games can affect a child’s view of violence, and this raises real concerns about children playing these games. However, the methods used in the study have faced some criticism; therefore, there is a suggestion that it may lack some validity in its findings. You can read more here.

Furthermore, some recent studies suggest that small amounts of daily game playing, up to an hour a day, can be beneficial for children. More information can be found here.

As you can see, there are few definitive answers to the questions raised by video games. In the end, it will be down to the circumstances and some common sense to assess if there is risk to the individual

The gaming world has changed considerably over the years and the industry is both self regulating and subject to national laws relating to the content of publications. To help us remember how far video games have come since the days of Pong and Space Invaders, we need only look at the Pan-European Gaming Information (PEGI) rating system, which defines the age suitability of a game and gives an indication as to the content. The need for this system of rating certainly reinforces the concern about suitability.

As with film and television, the gaming industry is very clear about the suitability of content for a particular age group. What we all know is that very much like social media and other areas of the digital landscape, age guidance is often ignored.

The games themselves often come under fire in the popular press for inciting a variety of unhealthy and anti-social behaviour. Whether this is a result of the games or a result of the circumstances of the individuals involved is not certain however and, as we have seen, there is little clear evidence.

It certainly seems sensible to take a position of caution regarding the actual content of the games themselves. However, we should also be keeping a level-headed approach to over-generalisation of the potential for harm. Understanding the need to maintain a good balance between time spent engaged in video games and in the real world is a key factor. If a child’s behaviour changes in a negative way during school time, and this seems to be related to a game or games, it may be a good idea to raise the concern with the parents. Playing games for excessive amounts of time, or engaging with games that are not appropriate for their age, could also be a potential cause for concern.