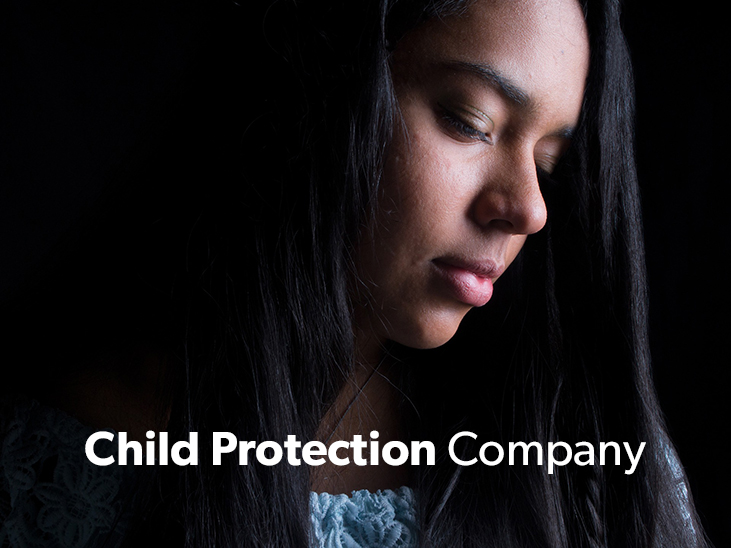 The theme of International Women’s Day 2018 is gender parity, something we would all like to see reflected throughout the whole year—so, why does the media spotlight never seem to be angled on these 3 significant violations of women’s rights?

Many of us will be aware of the ongoing celebrity movement to end gender inequality, with campaigns like the Golden Globes’ celebrity #MeToo movement earlier this year creating enormous 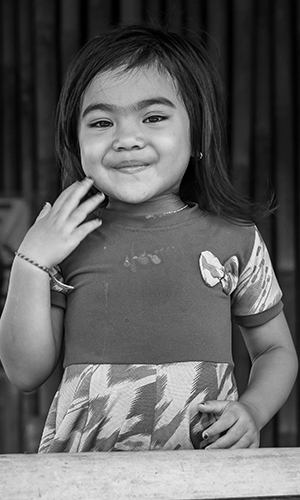 response in the media, and, last year, the international Women’s Marches that gained tremendous traction far beyond Hollywood. In the United Kingdom, our perspective on gender equality is shifting, and our society is becoming altogether more open to an increasingly diverse, inclusive culture.

International Women’s Day is one fantastic example of this shift. Since 1909, hundreds of thousands of individuals have taken action across the globe to support the cause, which has grown in popularity since the women’s suffrage movement, with the United Nations adopting the campaign in 1975. This year, more people than ever are expected to play an active role in supporting the cause, with an assortment of IWD hashtags already floating between social media platforms, and a wide-ranging list of events and activities taking place around the world.

Beneath the surface, however, there remains a significant number of women and girls whose rights are abused every day, internationally, and right here in the United Kingdom. For these individuals, the International Women’s Day spotlight doesn’t seem to reach far enough to make much of an impact on their circumstances.

Keep reading to learn more about 3 important violations of women’s rights that still remain prominent in today’s society despite the international campaign for safeguarding and gender parity, and what you can do to draw attention to them today and every day. 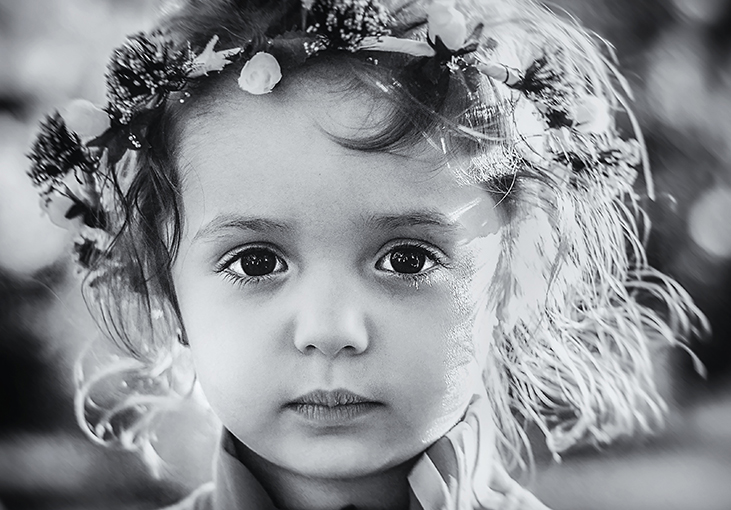 Female genital mutilation (FGM) is defined by the NSPCC as the partial or total removal of external female genitalia for non-medical reasons.

There are 4 types of female genital mutilation, and all methods are both highly dangerous and extremely painful for the individuals involved. Female genital mutilation is illegal. It is a significant violation of human rights and can deliver many serious long-term physical and emotional health impacts. In a lot of cases, it has even caused death.

You might be surprised to learn, then, that an estimated 137,000 women and girls are affected by FGM in the United Kingdom alone. On a global scale, this number is significantly higher, with at least 42 countries known to practice FGM.

Why do women and girls fall victim to FGM?

There are a variety of reasons given in an attempt to justify the practice of female genital mutilation, varying from the religious, to social and cultural ideations. Yet FGM is a crime used to control female sexuality, and, since it is an act most commonly carried out on children, it is also a recognised form of child abuse. There are absolutely no medical benefits. 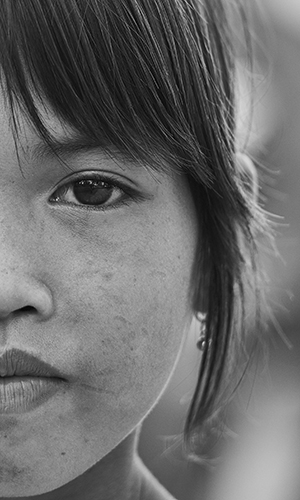 In the majority of cases, FGM is carried out by a relative or close family friend who typically has no medical experience. The female is most often awake for the procedure, and instruments used to carry out the abuse range from knives, scalpels, and scissors, to razor blades and glass. There is usually no access to anaesthetic or antiseptic treatments, and forcible restraint is used most of the time.

Who is at risk of FGM?

Those identified by the Home Office as most at risk of FGM include women and girls from Somalia, Ethiopia, Kenya, Sudan, Egypt, Sierra Leone, Nigeria, and Indonesia, but the full list encompasses many more nations.

There is no defined age at which women and girls fall victim to FGM. A large number of recorded cases have been practiced on new-born babies, but it can happen to girls at any age throughout childhood or adolescence. Women often fall victim to FGM just before marriage, and during or after pregnancy.

Female genital mutilation is a criminal offence, no matter the age of the victim.

What can I do to raise awareness of FGM?

Educating yourself on the signs and indicators that a girl has fallen victim to, or may be at risk of, FGM is one of the first steps you can take to raise awareness of the cause. If you come into close contact with children and vulnerable adults as part of your work, it is a legal requirement that you have an up-to-date safeguarding training certificate, and most good safeguarding courses will provide further information about the signs and indicators of FGM.

If you suspect that a girl or woman has been a victim of FGM, or if you have worries that they may be at risk, you should seek support by contacting your Designated Safeguarding Lead person, Local Safeguarding Board, or by calling the NSPCC helpline on 0800 028 3550.

The following links provide further information and advice about Female Genital Mutilation in the United Kingdom: 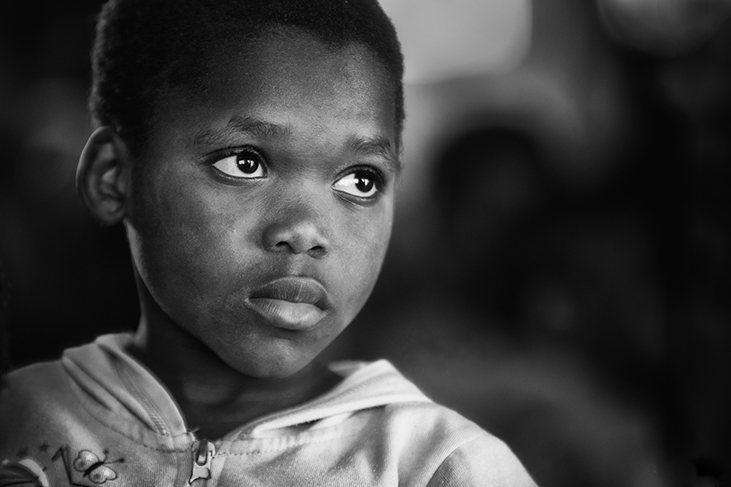 Similar to FGM, breast ironing is a form of child abuse. It is also a method of controlling girls’ sexuality and it is a violation of human rights. There is no specific law banning breast ironing in the United Kingdom, but offenders can be prosecuted for a range of crimes including assault and grievous bodily harm.

Breast ironing is carried out most often by mothers, grandmothers, or close relatives and friends of girls aged between 9 and 15 years. The practice involves rubbing objects such as stones, bricks, or hot pestles onto girls’ developing breasts in an attempt to prevent or delay breast growth. The process is also commonly referred to as ‘breast flattening’ and there are a variety of methods that can be implemented to achieve the desired result. It should be known that all forms of breast ironing and flattening are defined as child abuse.

Breast ironing does not prevent the breasts from growing, but it can delay development and cause a lot of damage for the victim. Not only is the process extremely painful for the individual, it can cause long-term chest pains, infections, abscesses, and breast malformations. Women and girls who have been subjected to breast ironing may have difficulty producing milk and breastfeeding, and the practice has even been linked to the onset of breast cancer.

Who is at risk of breast ironing?

Breast ironing is practised in some African countries, though it does not exclusively happen in Africa and there have been cases reported here in the United Kingdom. An estimated 3.8 million women and girls are victim to breast ironing across Africa, with between 25 to 50 per cent of girls in Cameroon affected by the practice. 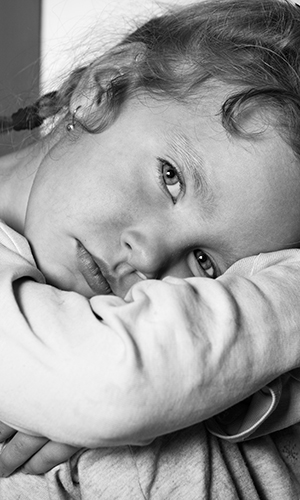 Breast ironing is most commonly carried out on girls who are entering or going through puberty, though it can happen at a much younger age, and, in some cases, adult women can fall victim too.

Why do women and girls fall victim to breast ironing?

Breast ironing is almost always an attempt to control female sexuality. In countries where the practice is common, women and girls with developed breasts are at risk of sexual harassment, rape, forced marriage, or even kidnapping. Consequently, their mothers, grandmothers, or close relatives and friends attempt to delay or prevent breast growth as they believe that preserving a girl’s child-like figure will protect her from such attacks. They also believe that lack of breast development will allow a girl to remain in school for longer, or that it will protect her from pregnancy.

What can I do to raise awareness of breast ironing?

Breast ironing is mentioned in ‘Keeping Children Safe in Education (2016)’. It is your legal duty to report any concerns you may have that a girl has been, or is at risk of becoming, a victim of breast ironing, particularly if you work in a school setting, or if your job or volunteer role requires you to come into close contact with children and vulnerable adults. You should also have an up-to-date safeguarding training certificate. Most good safeguarding courses will detail the signs and indicators of breast ironing.

You can report any concerns you might have about breast ironing to your Designated Safeguarding Lead person, Local Safeguarding Board, or by calling the NSPCC helpline on 0808 800 5000.

The following links provide further information and advice about breast ironing in the United Kingdom: 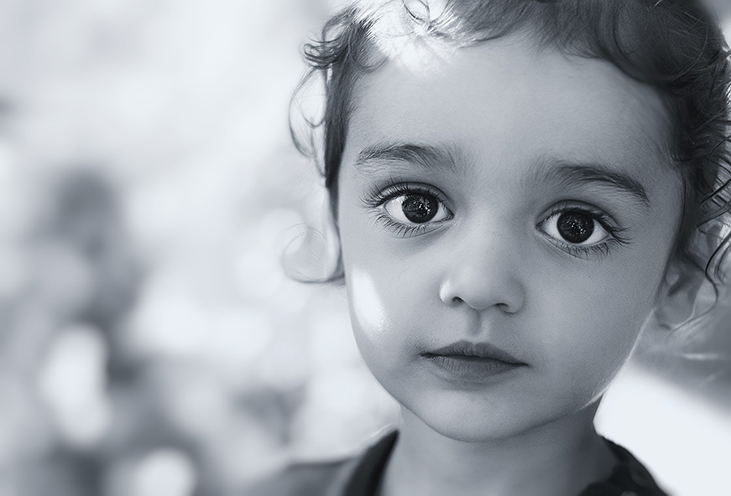 Forced marriage can affect both males and females at all stages in life, but with the theme of International Women’s Day being gender parity, we think that the issue of forced marriage is as relevant today as it is any other day.

Why do forced marriages happen?

Often, parents or religious leaders will arrange forced marriages, but there are many other circumstances under which an individual can be forced to marry someone. Forced marriages are not exclusive to any particular culture or religion, they can happen in any community, to anybody, for any reason.

There are, however, some common reasons why a forced marriage might take place. Many people are forced to marry because of their family’s cultural or religious beliefs. Financial circumstances, or worries about family honour or reputation can also spur the decision to force a marriage. Forced marriage can be used as a way to control an individual’s sexuality, particularly in cases where the family does not approve of their child being gay, lesbian, bisexual, or transgender. Sometimes, families feel pressured by a community’s expectations that they should follow traditions or maintain cultural and religious values. 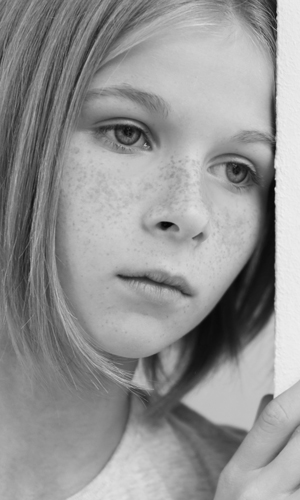 It is important to remember that none of these reasons are good enough to justify a forced marriage. Everyone has the right to choose who they marry, when they marry, and whether they want to get married or not.

What are the risks of a forced marriage?

There are many different circumstances under which an individual can be forced to marry someone. Forced marriage may place an individual in a situation where they are at a greater risk of sexual abuse, physical abuse, or emotional abuse. Refusal to go ahead with a forced marriage can lead to violence and, in some cases, the individuals’ lives may be placed at risk.

The majority of forced marriages happen in secret, and it can be difficult for an individual to disclose information about their circumstances to anyone outside of their close family. They may be worried that their family will find out if they share details with a friend, teacher, or colleague. Often, the individual will feel trapped and like they cannot express their true opinion. Fear of what their family will do to them if they do not pretend to be happy about the marriage can mean that many individuals will lie to friends, teachers, or colleagues about their situation. This can make it extremely difficult to notice when an individual is being forced to marry someone.

How can I raise awareness of forced marriage?

You can raise your own awareness about the signs and indicators of a forced marriage by taking a good online safeguarding course. If you work in a role where you come into regular close contact with children or vulnerable adults, it is a legal requirement that you have an up-to-date safeguarding training certificate.

If you suspect that someone you know is being forced to marry, you should contact your Designated Safeguarding Lead person or call 999 to report the incident. Forced marriage is a crime and it should be treated as such, as quickly as possible.

The following links provide further information and advice about forced marriage in the United Kingdom: 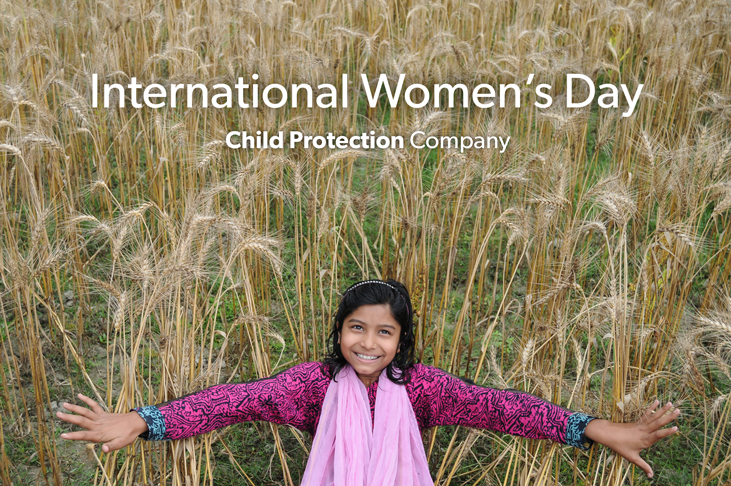 Join us in shining the spotlight on these 3 significant women’s rights issues today, to raise awareness and hope for those individuals whose circumstances we refuse to overlook during the International Women’s Day conversation.

Please share this blog post far and wide in your celebration of gender parity, and let’s support and promote gender equality and safety across the world.