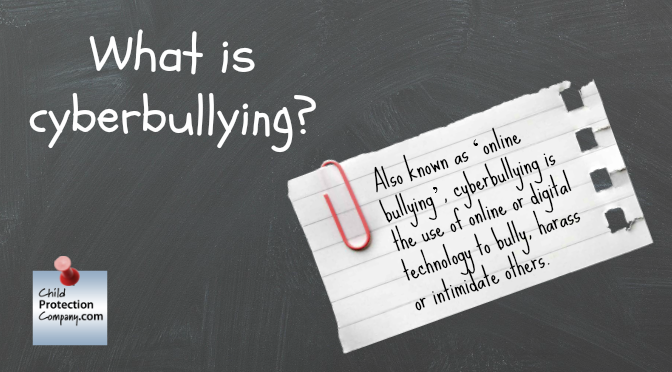 Also known as ‘online bullying’, cyberbullying is the use of online or digital technology to bully, harass or intimidate others.

Cyberbullying isn’t just about sending nasty messages. It can also include the setting up of groups on social media to intimidate or isolate individuals, trolling, posting photographs or personal information about people or even deliberately sending a virus to someone.

The widespread use of mobile technologies such as smartphones and tablets has meant that young people can be constantly connected. This in turn makes getting away from online bulling very difficult for some.

In addition to the sending of emails or text message, cyberbullying can also take place on social media sites, private messaging apps and via online gaming conversations.

What advice can you give to someone who is being bullied online?